After repeating the same vote 15 times over the last week, the US House of Representatives has finally managed to elect a speaker, Kevin McCarthy.

It’s been the longest contest for the position since 1859, preventing any of the real business of the House taking place whilst the battle continued.

But if it felt like a long time, it was certainly no 1855. That contest stretched on for two whole months and required 133 ballots to take place before a speaker was selected.

In the end they temporarily changed the rules so as to accept a plurality of votes as opposed to the standard absolute majority rules that require the victor to have gotten the support of at least half of the voters. This allowed Nathaniel Banks won the contest with 103 votes from a possible 214 electors.

The repeated election attempts over the past few days apparently became so tedious that the representatives elect started bringing in comics, books, iPad games and their own children in order to keep themselves entertained. Perhaps my favourite photo of the event was the below one, taken by Anna Moneymaker, showing U.S. representative Katie Porter’s research into how to live the good life. 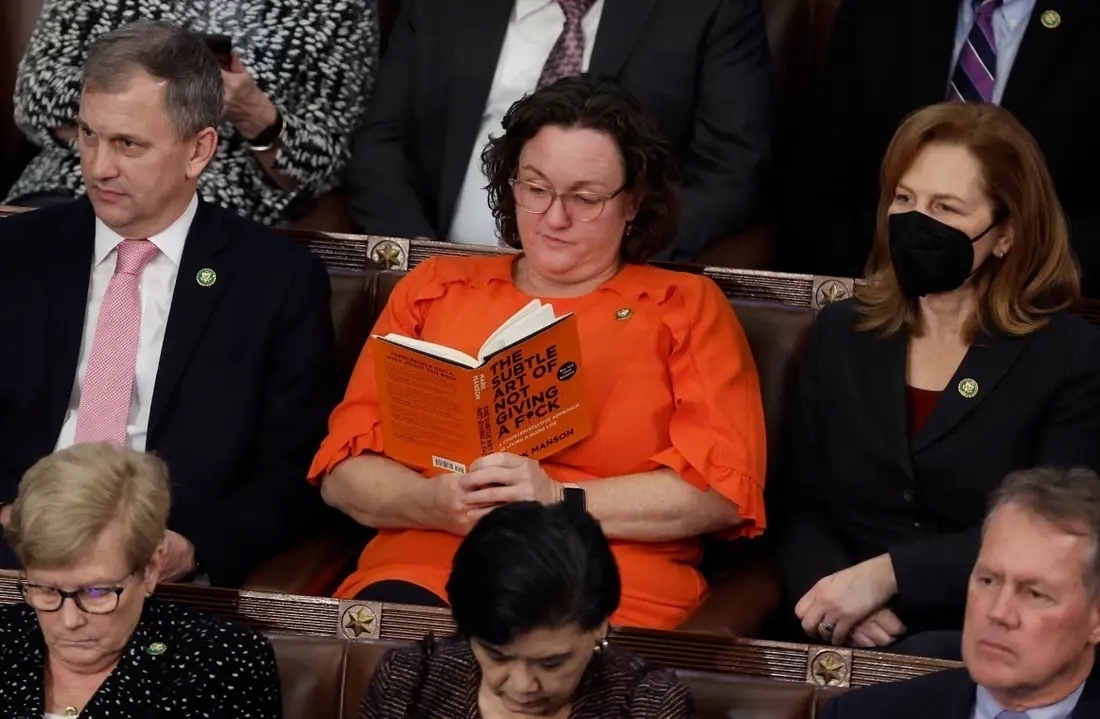