The Financial Times looks into why the UK’s NHS is in such a disastrous condition at present. It turns out it’s not all that complicated to understand. 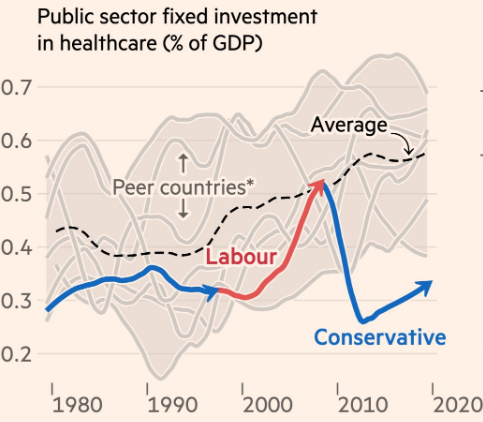