There’s a widely held belief that younger people tend to start off being politically left-wing (or liberal, socialist, whatever one wants to call the axis). Then, as time goes on and they start to age, they end up with more conservative views and political preferences.

This trend is encapsulated in a maxim whose origin and exact wording is much quibbled over but often turns up in this sort of form.

Personally I hope and trust the implied value judgement isn’t true, otherwise, sorry, looks like I’m just getting stupider as I get older.

But, treating it as purely descriptive of a trend, the idea that people tend to get more conservative when they get older does usually seem to be true. Of course it isn’t necessarily their age that causes these changes; it may be to do with the fact that people’s wealth, status, position in life, psychology and so on tends to alter in an on-average predictable way as they get older.

However, John Burn-Murdoch of the FT notes that it’s just not happening that way for UK and US millennials.

They started off liberal as other generations did. But now, even though the older ones are now 40+ years old, they’re still very liberal, compared to the rest of the population at least. 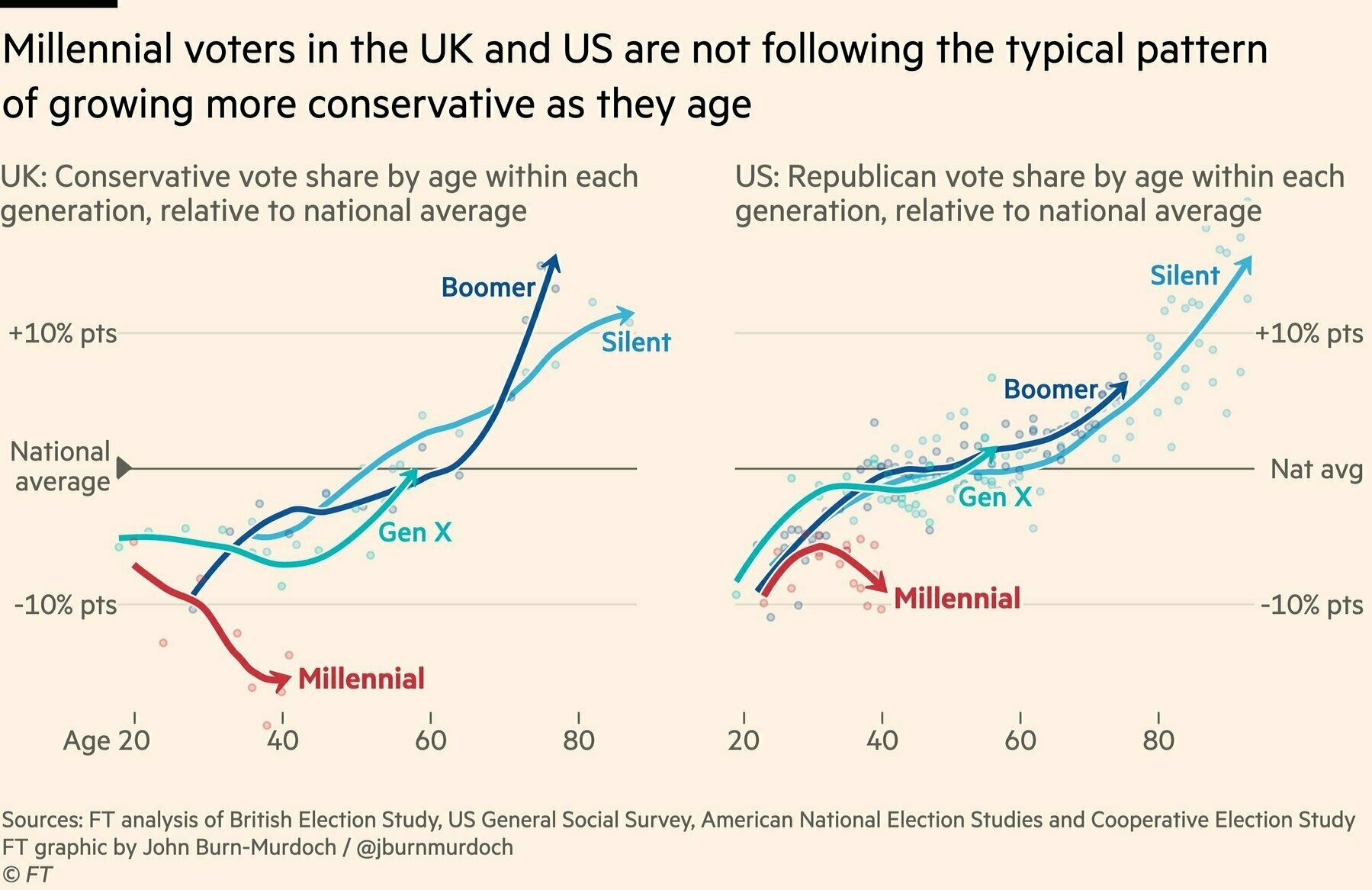 Why so? Burn-Murdoch hypothesises that this is a cohort effect due to British and US millennials entering adulthood during the aftermath of the financial crisis. They emerge into an economic environment where generating enough wealth to, for example, own a home is often a ludicrous pipe-dream.

The primary UK and US conservative party’s respective fixation on culture war topics probably also doesn’t help them much. The typical conservative side of the relevant arguments tends to be less attractive to more academically educated folk, and millennials are the best-educated generation at present. 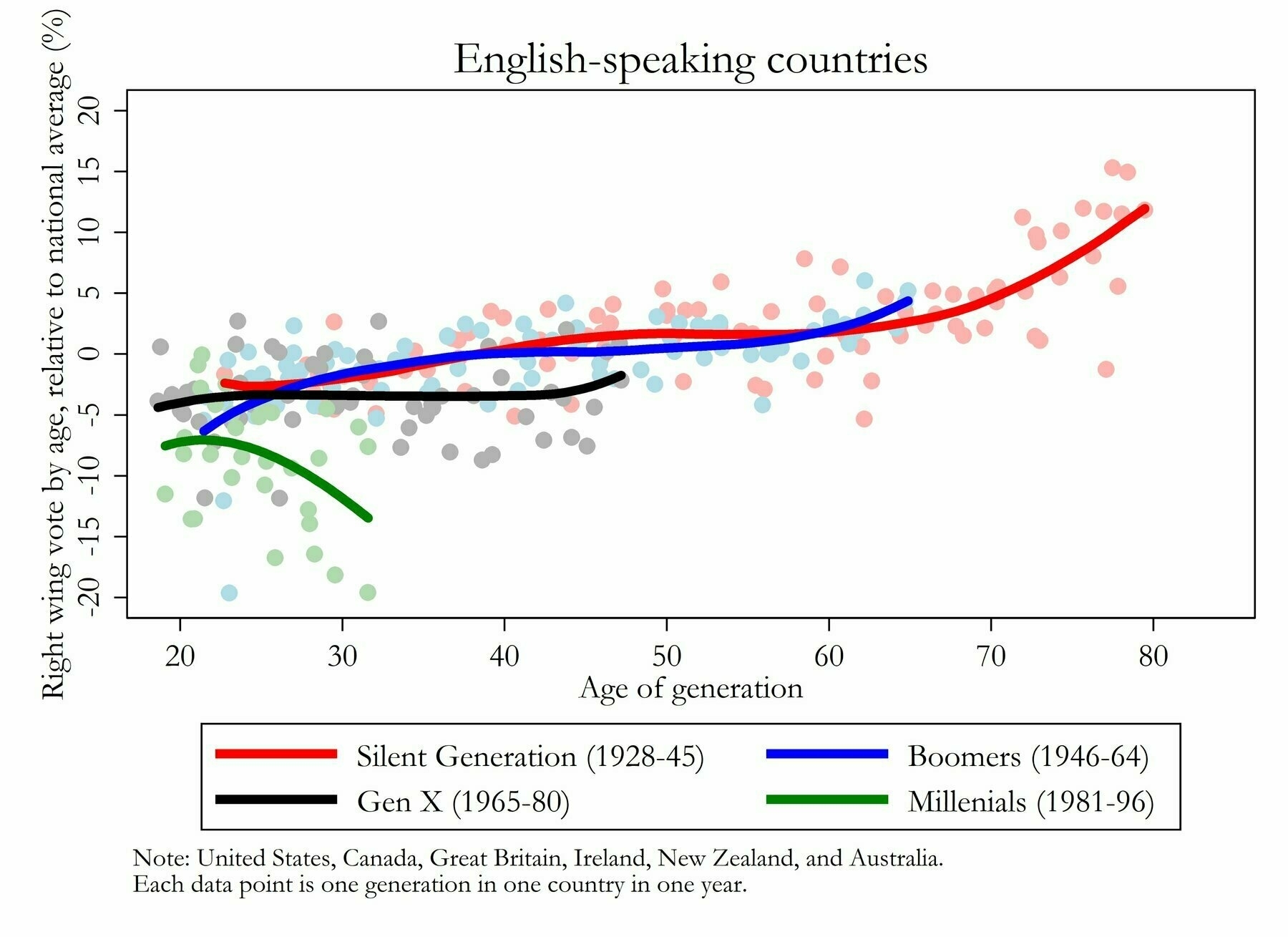 In the second though, Støstad finds that in many other non-English-speaking countries, for example Germany, France, Italy and Spain, the millennials do seem to be behaving “as normal” and becoming more conservative over time. 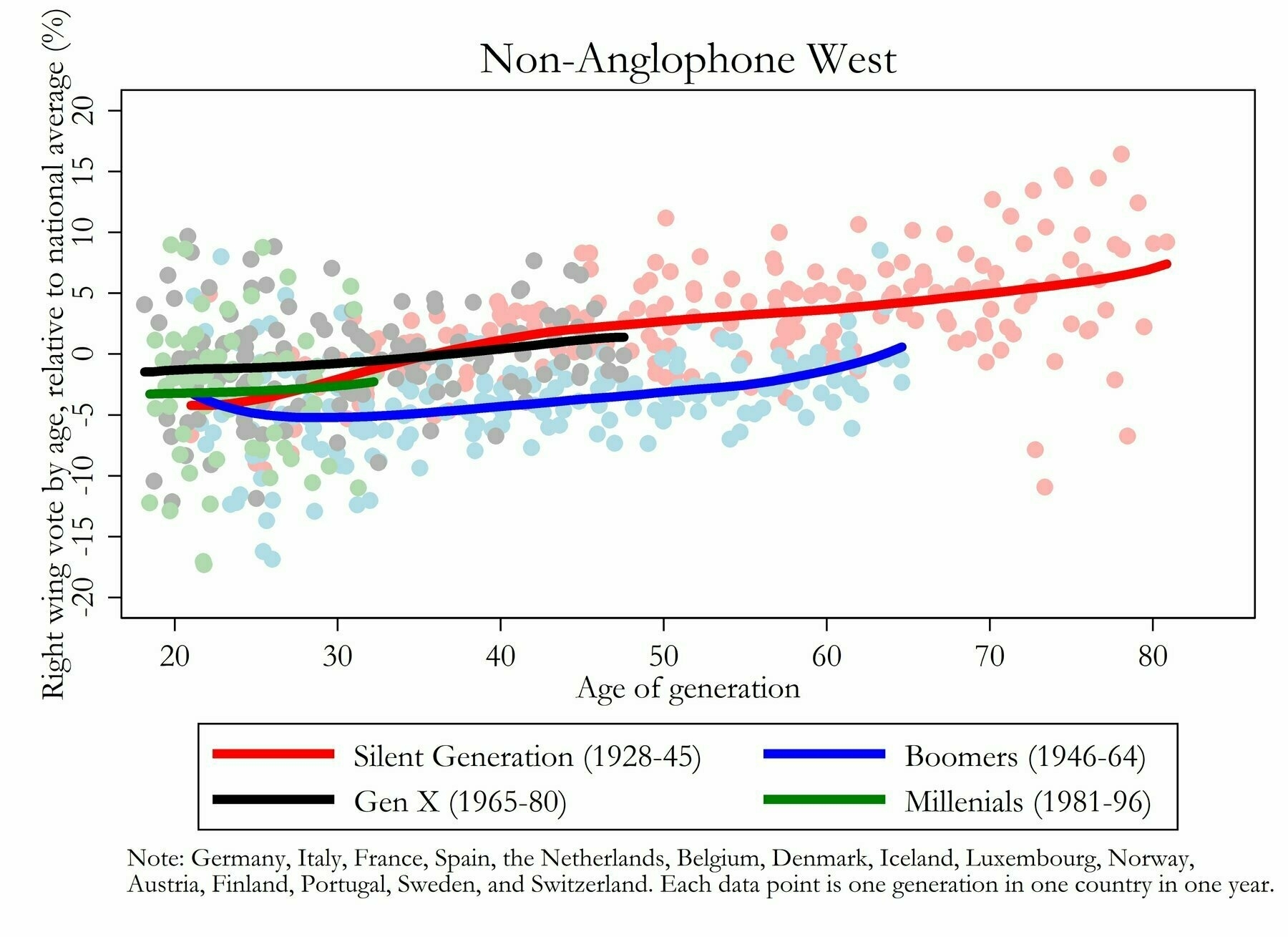